What Motherboard Slot has Direct Access to the North Bridge? 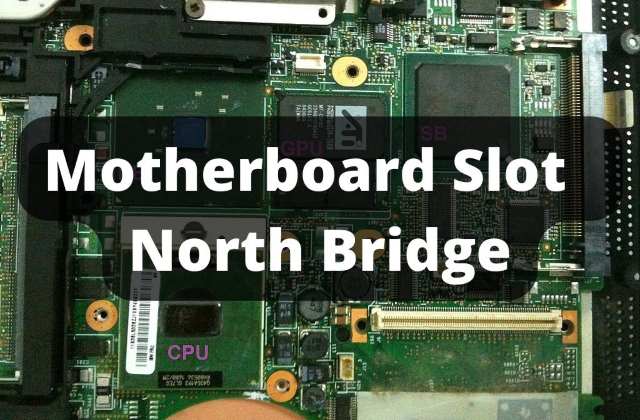 Motherboards predating the modern Intel and AMD chipsets used to feature two ICs (integrated circuits) on-board that connected parts of the computer to the CPU.

One of these two chips was the North Bridge and it used to serve various important functions including being the liaison between the GPU and the processor.

What Motherboard Slot has Direct Access to the North Bridge?

The top-most PCIe x16 motherboard slot has direct access to the North Bridge. On some antiquated boards, that’s the AGP slot.

The PCIe slots are used to mainly connect graphics cards to the computer, along with other add-in expansions such as a capture card.

The two chips, North Bridge, along with the South Bridge, combine to make the chipset found on a motherboard.

The presence of a chipset containing both of these ICs was imperative to a computer’s overall performance back then. Nowadays, they serve very different purposes as CPUs have gotten so powerful.

North bridge is connected to the CPU via the front-side bus (FSB), or host bus, to communicate with all the other components.

In the picture below, you can see how the RAM and PCIe motherboard slot communicate with the Northbridge chips which, in turn, communicates with the CPU and that’s how it all used to work back in the day.

Nortbridge As A Controller Hub

The reason being that integrated graphics were sometimes put inside the Northbridge itself to eliminate the need for a dedicated GPU.

It’s also important to note that the Northbridge is considerably faster than the Southbridge. Hence, the CPU’s reliance on it for optimal communication.

Still, the CPU not having to go through any middle-man to transfer data would be faster even if the Northbridge was a more accelerated port.

Peripheral Component Interconnect Express (PCI express) is a standardized interface for connecting various components to the computer motherboard and, in turn, the computer.

PCIe is the de facto expansion bus standard used today for graphic cards with PCIe 4.0 being the latest revision of the interface.

PCI slots (without the “e”) predated the PCIe standard, and even before that we had AGP (Accelerated Graphics Port) which largely served the same purpose.

PCI express use lanes to transfer data across the computer, and a maximum of 16 lanes can be put to use today.

When the Northbridge was prevalent, it would send and receive data from the PCIe cards and convey it to the CPU, but this incurred some latency in the process.

Now, there is no Northbridge on a motherboard which means the GPU talks to the CPU directly meaning fewer components on the circuit board and high speed channels.

Southbridge and Northbridge are two parts of the same equation, as in they are known as the motherboard chipset.

Whereas Northbridge deals with more important aspects of the computer like memory, accelerated graphics ports, and the CPU, the Southbridge is relegated to connecting the storage and I/O to the processor.

Unlike Northbridge, the Southbridge does not use any PCI bus to connect to the CPU. Instead it uses the Northbridge itself to forward the data back and forth to and from the CPU.

So, the latency that comes with the CPU having to talk to the Northbridge each time is amplified even more when it needs to talk to any of the components that the Southbridge handles.

Speaking of which, the Southbridge is connected to the storage devices, NVMe and SATA, along with USB, audio, BIOS/UEFI, ISA/IPA bus, low-speed PCIe lanes and the interrupt controller. In other terms, it controls the storage interfaces and I/O of the system.

Fast forward to today and most of this has been rendered irrelevant. Both Intel and AMD have moved past using Northbridges as there is no need for a fast bridge anymore.

The I/O and memory controller of the system is now embedded within the CPU itself and there is no need for an intermediary between the GPU and CPU.

Some of the job of the Northbridge chip was trickled down to the Southbridge. Basically anything that couldn’t be put on the CPU, like expansion cards and high-end graphics card options.

Removing the North board allowed for much faster latency and enabled the processor to have direct control over most of the things it needs to frequent.

ZIF Socket and Its Purpose

ZIF stands for Zero Insertion Force and is an extension of the PGA socket. It shares the same grid array and pin layout that PGA chip sockets use but instead of requiring a metal bracket for retention, a ZIF socket does it all with just a lever. Making it easy to install surface mounted components.

As the name suggests, once the CPU is seated into the socket, there is no need for any force to be applied.

All you need to do is pull the lever right by the socket which locks the CPU in place. The frame of the socket itself is what moves ever so slightly to lock and unlock the CPU.

The ZIF socket type is used mainly by AMD. Ryzen desktop processors, use the AM4 Socket which is based on the ZIF design.

Because ZIF is a derivative of the Pin Grid Array socket, all ZIF sockets are also PGA chips sockets.

Not all PCIe slots are made the same. Some actually have less PCIe lanes than others which can bottleneck your GPU in certain cases.

Modern high-end graphics cards are prone to bottleneck as they are extremely powerful and need all the bandwidth they can get. That’s why PCI express cards and PCI slots are so important.

The top-most PCIe slot on your motherboard, the one right below the CPU socket is the primary PCIe slot. It’s known as the PCIe x16 slot as it has 16 physical PCIe lanes that connect your graphics card to the CPU.

On older boards, the PCIe motherboard slot had direct access to the Northbridge to communicate with the CPU. Now the GPU is connected directly to the CPU with the help of these PCIe lanes.

You should always install high-end GPUs in that to avail the full potential of the card. Most modern motherboards come with more than one PCIe x16 motherboard slot depending on their form factor.

What Does Northbridge Connect To?

The Northbridge connects directly to the CPU, memory, and graphics card slot (can be either AGP cards, PCI slot, or PCIe).

Where is the North Bridge on a Motherboard?

Northbridge is located on the northern side of the motherboard, often right next to the CPU socket. It has a distinctly larger heatsink compared to the Soutbridge.

Which Component has Direct Access to the North Bridge chip?

The PCIe slot that holds your graphic cards has direct access to the Northbridge chip. But modern motherboards allow the CPU to directly talk to the GPU with the help of PCIe lanes, removing the Northbridge intermediary and making a more high speed channel.

Do Motherboards Still have North Bridge?

Modern Motherboards don’t have a north bridge. Since 2019, AMD and Intel both have released chipsets that integrate all of the functions of a Northbridge chip into the CPU itself, and some of them into the Southbridge.

Therefore, nullifying the need for a Northbridge. Now, only the Southbridge exists on modern motherboards.

Where Is NorthBridge Used?

Older Pentium chips like Intel Pentium II, or earlier generations of motherboard designs have north bridge. After Intel Sandy Bridge processors, there was full integration of Northbridge functions to the CPU. Intel’s Nehalem processors also helped to lessen the need for north bridge.